Attorneys Craig Sims, Kaitlin Wright, and Pat Bosmans filed a civil rights lawsuit against the City of Kent on May 22, 2020. The lawsuit, filed in Federal District Court (Western District of Washington) on behalf of the Estate of Giovonn Joseph-McDade and his parents, Sonia Joseph, and Giovanni McDade, alleged the Kent Police Department officers violated Mr. Joseph-McDade’s constitutional rights when they shot and killed him after a pursuit that began with Mr. Joseph-McDade driving his car with an expired vehicle registration. Mr. Joseph-McDade was not armed. The City of Kent agreed to the settle the case for 4.4 million dollars.

On June 24, 2017, Officer Matthew Rausch saw Mr. Joseph-McDade’s 1994 Honda Accord car parked near the gas pumps in the ARCO AM/PM gas station parking lot located at 10402 SE 256th St., Kent WA. For the next several minutes, Officer Rausch sat in his patrol car and watched Mr. Joseph-McDade and passengers inside the Honda Accord. Officer Rausch later reported that he found it suspicious that, while he was watching them, the driver and passengers seemed nervous and one of them “had a scared look on his face.”

The key issue in this case was whether the officer was directly in front of the car when he shot Giovonn because he claimed he was about to be run over. According to expert witnesses, trajectory analysis confirmed that Officer Davis fired his first shot from outside the front passenger side of the Honda, through the windshield. The analysis confirmed that Officer Davis’s location relative to the Honda Accord at the time he first fired at the driver was not in the vehicle’s forward path. Expert witnesses confirmed that neither Officer Davis nor Rausch, nor the ride-along passenger in Officer Davis’s patrol SUV, were in danger of being struck by Mr. Joseph-McDade’s vehicle, nor would a reasonable officer in their position have reasonably perceived they were in danger of being struck by the Honda.

Sonia Joseph, Giovonn’s mother said, “Since I lost my son, I have fought and advocated for police reform and accountability. I don’t want any other parent to go through the pain my family has suffered. I have dedicated my life to my kids and will continue to fight for justice on behalf of my son, Giovonn Joseph-McDade.”

Schroeter Goldmark & Bender attorney, Craig Sims added, “This lawsuit was always about holding Kent Officers William Davis and Matthew Rausch accountable for taking Giovonn Joseph-McDade's life and the Department’s leadership for approving their behavior. Giovonn should not have been killed by the police that night and his death was tragic and unwarranted. This settlement will not bring Giovonn back, but we hope it will bring his family one-step closer to finding peace.”

Kaitlin Wright, another Schroeter Goldmark & Bender lawyer remarked, “This resolution represents the culmination of this chapter of Sonia's hard-fought journey to find the truth of what happened the night her son died. Sonia’s tenacity in pursuing justice for Giovonn through litigation, and in advocacy for police reform, is a testament to Giovonn’s memory. We all hope that these efforts help to prevent this type of incident from ever happening again.”

You can follow more coverage about the case here: 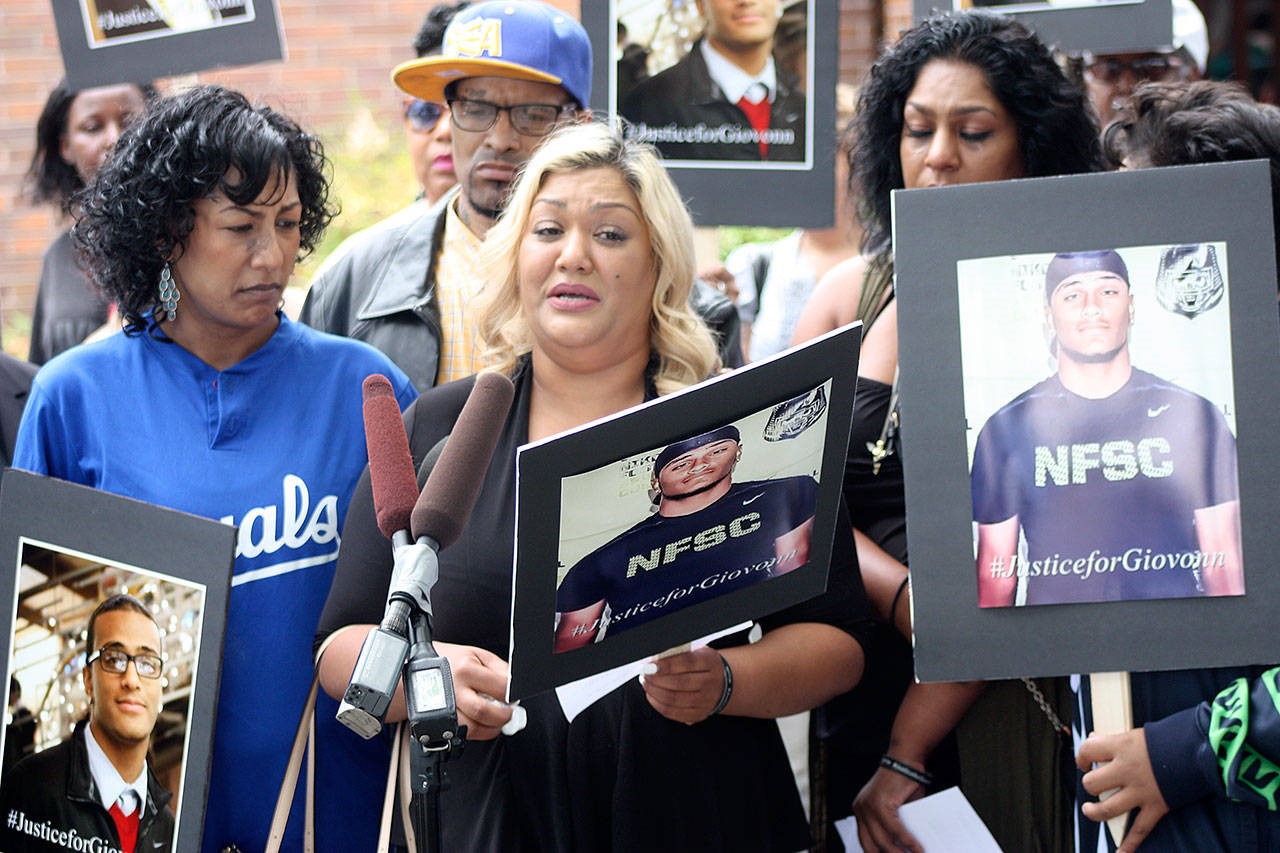