SGB recently welcomed two new attorneys to the team, Ashley Gomez and Carson Phillips-Spotts, who join the firm’s talented team of lawyers dedicated to pursuing justice for our clients.

Ashley is a tenacious advocate who values pairing superior legal skills with compassion for clients. She specializes in Employment Law, Medical Malpractice, and Sexual Assault and Harassment. In addition to her work at SGB, Ashley prioritizes involvement in the community through her volunteer work with the Latino/a Bar Association and Unemployment Law Project, among others.

Ashley is a native of California, where she met her husband. She double majored in Spanish and International Relations at the University of California, Davis, and attended law school at Lewis & Clark Law School in Portland, Oregon. Prior to joining SGB, Ashley worked at a premier Seattle-area family law firm and at the Oregon Court of Appeals.

Carson is dedicated to standing up for people whose rights have been violated. He specializes in Employment Law, Sexual Assault and Harassment, and Serious Personal Injury. When not working, Carson enjoys spending time with his wife and daughter and exploring the Pacific Northwest.

Before joining SGB, Carson worked for the region’s largest labor law firm where he represented individuals and unions in state and federal court litigation, as well as in labor arbitrations. He earned his B.A. from Colby College before attending law school at the University of Maine where he was selected as the Charles Harvey Trial Practice Immersion Fellow and served as an editor of the Law Review.

To learn more about Ashley and Carson, and the rest of the SGB team, visit www.sgb-law.com/our-team. 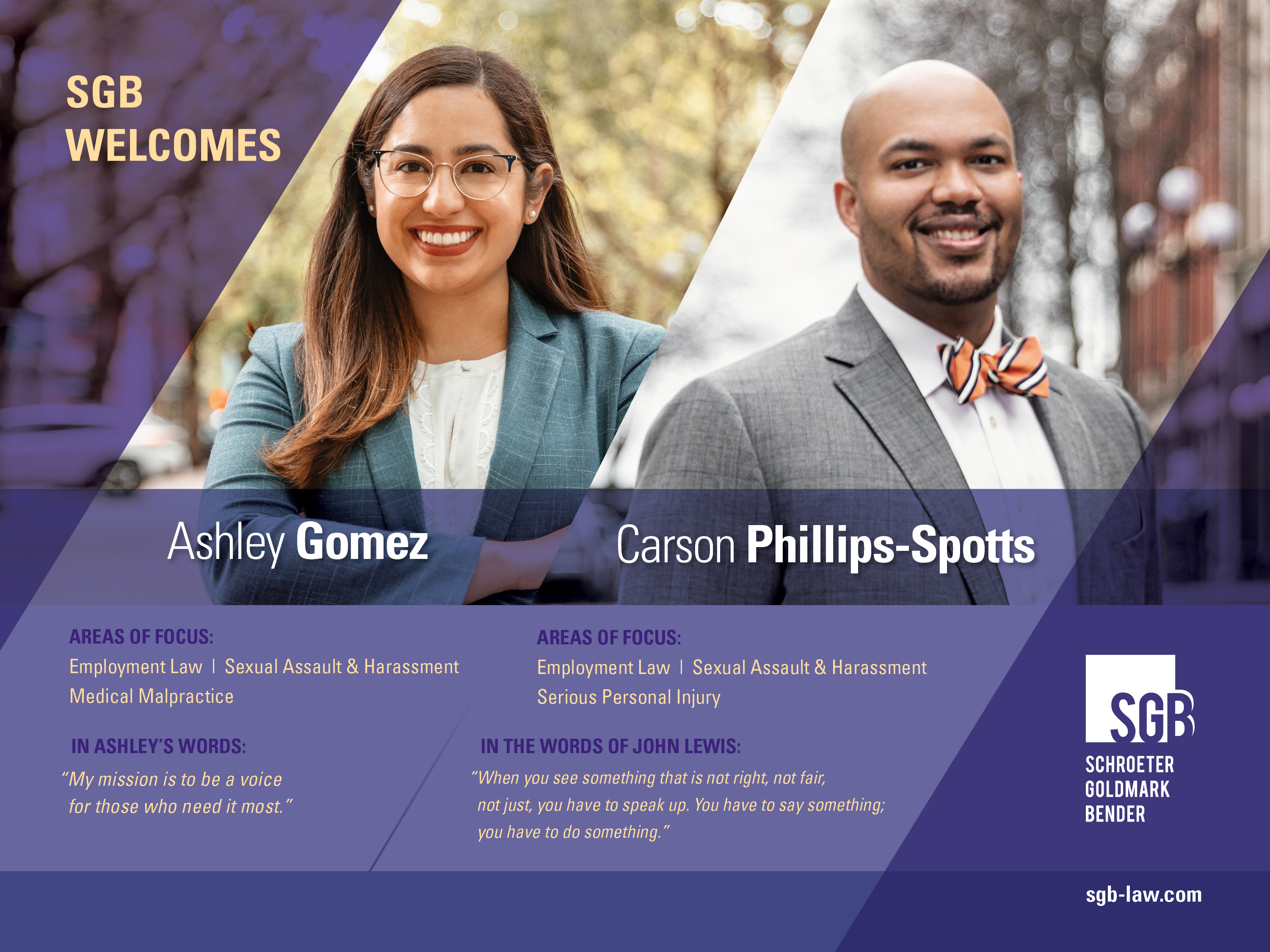