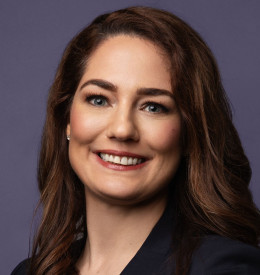 Elizabeth has been recognized as a Top 100 Trial Lawyer by The National Trial Lawyers for each year from 2013 to present. She has been repeatedly recognized as a Super Lawyer in Labor and Employment law. She serves by appointment of the Washington Supreme Court to the Washington Pattern Jury Instructions Committee. She is also presently the Treasurer for the Washington State Association of Justice and Co-Treasurer of the Justice for All PAC. She is also a recipient of Avvo “Client’s Choice” Award.

Elizabeth enjoys trial work and has tried cases to verdict in both Washington’s federal and state courts. She utilizes this litigation experience not only in the courtroom, but also in advising and negotiating solutions for clients outside of the courtroom.

Prior to becoming an attorney, Elizabeth served as Lead Articles Editor of the San Diego International Law Journal. She also represented taxpayers in disputes with the IRS at the University of San Diego School of Law Tax Clinic, received Honors in Trial Advocacy, and externed with Federal Magistrate Judge Leo S. Papas for the U.S. District Court in the Southern District of California.

Prior to attending law school, Ms. Hanley worked for the Oregon Judicial Department for the Honorable Robert R. Selander. She also worked as an intern/staff writer for the U.S. Department of State in Public Diplomacy to the MidEast and South Asia in Washington, D.C. She earned her undergraduate degree at Gonzaga University, and during her undergraduate years studied British Literature at Trinity College, Oxford University.