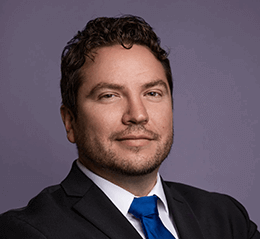 As the son of a United Nations diplomat and a free-spirited Californian mother, Sergio lived in developing countries throughout Africa and Latin America. He spent summers in Mexico with his father’s family in Morelos and Mexico City. He moved to the Seattle area for high school where he attended Edmonds-Woodway. He received his undergraduate and graduate degrees in international relations from American University in Washington, D.C. While in D.C., Sergio worked at several governmental and non-governmental agencies, including the U.S. Senate, and Human Rights Watch. After graduation, Sergio returned to Seattle where he attended Seattle University School of Law graduating with cum laude honors. During law school, Sergio was a Laurel Rubin Farm Worker Rights Fellow for Columbia Legal Services. As a fellow, he traveled throughout Washington State advocating and educating farm workers about their rights. He later clerked for the Inter-American Court of Human Rights in Costa Rica researching international human rights, jurisprudence, and drafting a judgement against a Central American nation for the human rights abuses it committed during its civil war. In his last year of law school, he clerked for the American Civil Liberties Union of Washington assisting with high-impact litigation cases including the Voting Rights Act, First Amendment, and ineffective assistance of counsel.

After graduating from law school, Sergio moved to Yakima, Washington, to work for a law firm where he represented clients who were victims of myriad of injustices. The cases he successfully advocated for his clients included foster home abuse, sexual and physical assault, automobile collisions, school negligence, insurance bad faith, negligent road design/maintenance, and wrongful death. Most of his clients were monolingual Spanish speakers. Sergio is very passionate about helping victims receive justice and holding individuals, perpetrators, corporations, and governments accountable. During his free time, Sergio loves playing his guitars, cooking, dancing, exploring the outdoors and traveling.