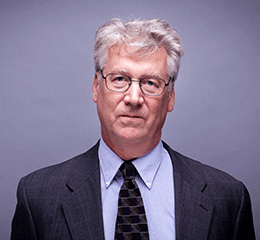 Peter is a tenacious litigator who has successfully taken on giants of the automotive industry including General Motors, Ford, Chrysler, Hyundai, Toyota, Nissan and others. Peter first gained national recognition as a paralegal when he represented burn victims and uncovered crucial documents in the infamous GM side saddle fuel tank cases. Just a few months after becoming an attorney in 1998, Peter tried and won his first case against Ford Motor Company. In 2002, Peter helped set a record in Clark County, Washington by winning an $8 million dollar verdict against Hyundai. After an appeal, he caught Hyundai withholding evidence and helped turn the Magaña v. Hyundai verdict into a default judgment that remains one of the biggest discovery sanctions in Washington State History.

Peter’s work is not limited to automotive defects. He has worked on product liability cases ranging from badly designed and manufactured bottle caps and heating pads to defectively designed windows, tractors and dangerous drugs. His work on negligence cases runs the gamut from auto crashes to negligent highway construction. Visit Peter’s website to read more about his case results.

Vehicle Fires – In the early 1990’s Peter uncovered a host of secret shields and fixes that General Motors designed to protect the infamous side-mounted fuel tanks of its profitable full sized pickups but didn’t install on production model trucks until hundreds or thousands of people had burned in gasoline fires. His 15 years of work on nearly a dozen of the GM pickup cases proved that despite frequent denials, top GM executives knew of the fire problem but only ordered the fixes because of an “increase in litigation” involving pickups. Every GM case Peter has worked on has a confidential settlement. He has also successfully litigated fire cases involving Ford and Chrysler products.

Defective Seats and Doors – When a Vancouver, Washington man, Jesse Magana, was paralyzed after the seat of a 1996 Hyundai Accent he was riding in collapsed backwards in a crash, Peter helped to win Jesse an $8 million dollar verdict that set a record in Clark County. After an appeal put the case back on track for a second trial, Peter caught Hyundai withholding documents relating to other similar incidents and helped get the verdict reinstated, with interest, in one of the biggest discovery sanctions in Washington State history. Peter has since worked on several other cases involving failed seats and doors.

Structural Defects – When a young Western Washington woman suffered catastrophic injuries in a head on crash in which the other driver walked away unhurt, Peter took on Chrysler Corporation and proved that design and manufacturing defects in the 1990 Dodge Spirit caused the car to collapse inward on the driver. Peter ran two full speed offset frontal crash tests to prove the car’s defects would lead to the same result every time. The case settled for a confidential amount that allowed the young woman to live with dignity. Peter’s other structural cases include representing clients paralyzed or killed by roof crush in pickup and SUV rollovers, and a case involving structural collapse of the occupant compartment in a Toyota pickup.

Airbags and Restraints – Peter represented the family of a Connecticut woman who was killed by her airbag in a 10 mph crash. He linked the airbag deployment to a fracture in the flimsy, plastic bumper of her Ford Escort which directly contacted the airbag crash sensor. Peter has represented many other people needlessly injured, blinded or killed by defectively designed airbags and seat belts.