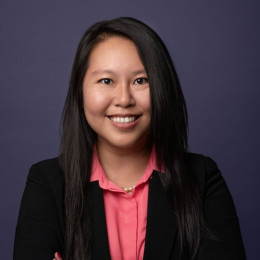 As a proud immigrant who has often had to navigate our nation’s systems on behalf of her parents, Chen-Chen has witnessed first-hand the complexity and failures of those systems. As a result, she has dedicated her career to serving those who are most often neglected or disadvantaged.

Before her legal career, Chen-Chen was a kindergarten teacher and eventually, a teacher coach in schools across Detroit serving low-income students and families. During that time, she saw the powerful impact that the law can have to either enhance or erode the power of under served communities. She went to law school to learn how the law could be harnessed to assist rather than harm these vulnerable populations.

After graduating from Harvard Law School, Chen-Chen honed her legal skills through clerkships with the Honorable Pamela A. Harris on the United States Court of Appeals for the Fourth Circuit and the Honorable James L. Robart on the United States District Court for the Western District of Washington. She then served as a Skadden Fellow at TeamChild, a Washington state-wide non-profit where she represented young people to tackle a variety of civil legal issues obstructing their access to education.

When not working, Chen-Chen can be found trying to conquer escape rooms, pretending to be a gourmet baker-chef in the kitchen, and catching up on the latest TV shows. She is a cheese (and general food) enthusiast.