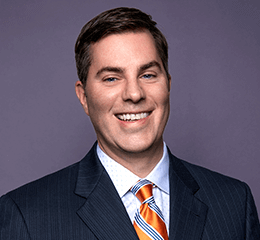 Rich has spent his 20+ years practicing law as a passionate and unrelenting advocate for victims and children. After graduating from the University of Washington School of Law in 1995, he joined the King County Prosecutor’s Office, becoming a Senior Deputy Prosecuting Attorney shortly thereafter. For over a decade, he was a supervisor of the Special Assault Unit, where he led a team of prosecutors focused exclusively on sexual assault and the abuse of the elderly and children. Rich has first chair experience in countless trials, and his thousands of hours in the courtroom has earned him the respect of judges and opposing counsel for his advocacy and judgment.

Rich’s practice focuses on representing individuals who have been sexually assaulted or harassed, children who have been abused or neglected in foster and day care, and people who have suffered serious injuries or who have died as a result of the negligence or indifference of others. He is at ease practicing in both state and federal court.

Prior to joining SGB, Rich has been a professor at both the University of Washington and Seattle University law schools, teaching classes in criminal justice policy, criminal procedure, and a clinic designed to teach ethics and trial skills to students hoping to be prosecutors. He has served on a panel investigating the deaths of Charlie and Braden Powell, who were killed by their father in 2008 after being a suspect in their mother’s disappearance. In addition, Rich has presented numerous times at local and national conferences on the topics of sexual assault and child abuse.

Rich lives in West Seattle with his talented and beautiful wife and their three sons. In his spare time, he enjoys playing golf, coaching youth baseball and basketball, and lying to himself about having some flair for the culinary arts.