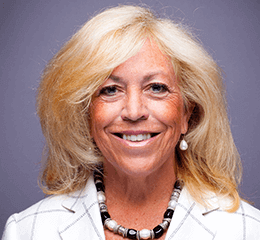 Kathy is a tenacious litigator with over 30 years’ experience in a wide range of areas of law. At SGB, Kathy’s practice concentrates on representing individuals who have been sexually assaulted and/or harassed, children who have been victimized in foster care, individuals who are victims of medical negligence or serious injuries, and workers in class actions whose rights to lawful wages have been violated.

Kathy’s career in Washington began as a prosecutor with the King County Prosecutor’s Office, where she tried and won hundreds of cases and developed a reputation as an outstanding trial lawyer. While at the Prosecutor’s Office, she supervised the Special Assault Unit and concentrated her practice on representing children and adults who had been sexually assaulted and children who had been murdered or were victims of serious abuse. Kathy has been a frequent lecturer on trial advocacy, instructed for the National Institute for Trial Advocacy, and served as a trial advocacy instructor at the University of Washington School of Law. She is a member of the Washington bar, and is admitted to practice in the U.S. District Courts in Western and Eastern Washington, the U.S. Ninth Circuit Court of Appeals and the United States Supreme Court. Kathy has been named a Washington Super Lawyer.

DISCLAIMER: This is the fine print, but our fine print is regular size and in clear language. These client quotes and settlement/verdict figures are examples of the results we have obtained for others. Their cases were different from yours, so your result is sure to be different. We post these results for you to see that we have a track record of hard work, client service, and trial success. We won’t guarantee the results of your case, but we will guarantee to bring the same passion, skill, and experience when we fight for you.

Association of Trial Lawyers of America