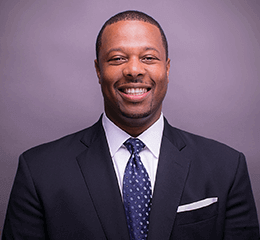 Jamal is a determined and resourceful trial attorney committed to fighting for the rights of everyday people. He regularly represents victims of workplace discrimination, retaliation, and other unlawful employment practices in individual and class actions. His practice also focuses on serious personal-injury litigation.

Jamal learned how to fight for justice – hard and with honor, whether arguing before the court or negotiating with adversaries – through years of public service as a federal trial attorney with the United States Equal Employment Opportunity Commission (EEOC) and later as an Assistant United States Attorney (AUSA) for the Western District of Washington.

A leader in the legal community, Jamal has served on the Executive Board of the Federal Bar Association and the Washington State Bar Association’s (WSBA) Labor & Employment Law Section. He is also a past president of the Loren Miller Bar Association, which is the state’s largest and oldest minority bar.

Raised in the Seattle area, Jamal earned his B.A. in political science from the University of Washington and his J.D. from Seattle University School of Law.

DISCLAIMER: This is the fine print, but our fine print is regular size and in clear language. These client quotes and settlement/verdict figures are examples of the results we have obtained for others. Their cases were different from yours, so your result is sure to be different.We post these results for you to see that we have a track record of hard work, client service, and trial success. We won’t guarantee the results of your case, but we will guarantee to bring the same passion, skill, and experience when we fight for you.