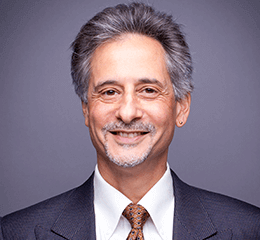 Adam represents individuals who have suffered wrongful death or serious personal injury due to medical malpractice and other causes; employment class actions for wage and hour violations; and consumer class actions arising from deceptive advertising and unfair business practices. Along with three of his partners at SGB, Adam received the 2013 Award of Merit, the highest honor from the Washington State Bar Association for his pro bono work representing Governor Gregoire in support of the Affordable Care Act.

Adam has been an attorney with Schroeter Goldmark & Bender since 1999. Prior to joining the firm, he was an attorney with the non-profit law firm Earthjustice for more than eight years, representing clients in environmental lawsuits throughout the Pacific Northwest. Adam has volunteered as an attorney with the World Wildlife Fund in Vietnam, has been a frequent instructor at National Institute for Trial Advocacy workshops in Seattle, and was a law clerk for the Honorable Mark L. Wolf of the federal district court for Massachusetts.

Along with 3 other SGB attorneys, Adam represented the Governor of Washington on a pro bono basis in litigation defending the constitutionality of federal health care reform, an effort for which the SGB attorneys received the Washington State Bar Association’s Award of Merit. Adam and his partners also successfully defended the Washington Department of Labor & Industries’ increase in the State minimum wage in 2011. Adam was profiled in a chapter of Alan B. Morrison & Diane T. Chin, Beyond the Big Firm: Profiles of Lawyers Who Want Something More (2007), and has been named a Washington Super Lawyer since 2004.

DISCLAIMER: This is the fine print, but our fine print is regular size and in clear language. These client quotes and settlement/verdict figures are examples of the results we have obtained for others. Their cases were different from yours, so your result is sure to be different. We post these results for you to see that we have a track record of hard work, client service, and trial success. We won’t guarantee the results of your case, but we will guarantee to bring the same passion, skill, and experience when we fight for you.